In his 2015 book Misbehaving, Nobel Prize-winning economist Richard Thaler addresses the concept of loss aversion and its impact on decision making. “Roughly speaking,” he asserts, “losing something makes you twice as miserable as gaining the same thing makes you happy.” For this reason, given the choice, people tend to put more energy into reducing losses than actively pursuing gains. In a sense, he says, “Loss aversion operates as a kind of cognitive nudge,” the inversion of no pain, no gain.

A professor at the University of Chicago Booth School of Business, Thaler won the Nobel Prize in Economic Sciences for his groundbreaking work in behavioral economics. Among his greatest contributions: challenging the notion that we are always rational beings and pioneering the idea that often we act in ways inconsistent with economic theory. In the spirit of transparency, I am also an alumnus of the Booth School.

So, why does loss aversion matter to salesforce compensation?

Consider a recent story in The Wall Street Journal reporting on a new compensation plan for Bank of America’s Merrill Lynch unit. Critics of the plan argue instead of rewarding brokerages for growth, the plan punishes them if sales targets aren’t meant. 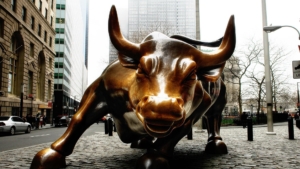 The plan emphasizes cross-selling of Bank of America’s retail-bank products, rewarding brokers with more new clients and referrals to other parts of the bank. So, while revenue growth still matters, asset and liability growth matters more for broker compensation.

If minimum sales targets are not met, the average broker generating $1 million in revenue could lose up to $10,000 from their monthly paycheck, a 2% drop in pay. Conversely, brokers meeting the new targets will receive an increase in pay.

Carrot or stick: What works best?

The Merrill Lynch example illustrates an important issue every VP of Sales confronts: what works better to motivate more sales people to equal or exceed their assigned sales quota? Do penalties or rewards spur the most asset growth? How do companies move the performance distribution of salespeople to the right of the status quo?

The loss aversion principle offers food for thought. Let’s say, for example, that the salesforce incentive plan has four components. One of them is product mix with a weighting of 25% and an on-target payout of $X. The salesperson is paid the $X upfront when the year’s plan is communicated. At the end of the year, if the product mix quota was not achieved at 100%, then the $X would be clawed back.

Under this scenario, there will certainly be individual winners and losers after a major change in compensation structure like the one Merrill Lynch has made. That’s why a good deal of time and attention should be paid to developing and communicating any new sales compensation plan.

Are you considering changes or new incentives for your salesforce compensation plan? Often change is advisable when a new corporate strategy is being implemented or to attract and retain the right kinds of sales people. Experimentation and adjustments that align with changing market forces is beneficial.

Late last year, Congress passed and President Trump signed into law the Tax Cuts and Jobs Act (TCJA). The sweeping tax reform law reduces the marginal corporate tax rate at the federal level from 35 percent to 21 percent. This and other changes to tax law are boosting profits and will save businesses billions in taxes this year. So, how are they spending all that money? 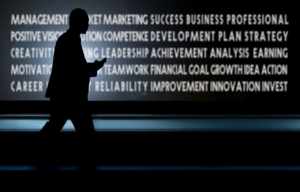 Most companies are reinvesting their tax savings in strategic ways that drive business performance. So far, shareholders are reaping the greatest rewards, according to an analysis by investor Paul Tudor Jones’ Just Capital. Job creation is the second largest area for investment with 20 percent allocated. Jones’ nonprofit is tracking spending by companies in the Russell 1000; 133 companies have announced their intentions to date.

In addition, a recent Ernst & Young (EY) survey finds most employers are either planning to or have already made changes to enhance compensation through bonuses, salary increases and other pay benefits. Seventy three percent of companies surveyed expect to accelerate mergers and acquisitions.

Considering these and other trends, now is a good time to revisit your business compensation strategy to take advantage of opportunities that effect employee pay. Before making any long-term decisions, however, let your company’s business goals be your guide so that tax savings are invested where they will do the most good.

Tax cuts have contributed to growing optimism about the U.S. business outlook. And that optimism has translated into a strong economy.

Still, companies must be nimble to adapt to changes in the new tax law. Making the right strategic moves on where to invest tax savings requires thoughtful planning. Here are a few areas to consider:

1. Equal Pay – As more people keep a close eye on the pay gap, employers everywhere are working to eliminate wage discrimination based on sex, race, age, disability and other classes protected by federal laws. In this environment, they are evaluating how they can structure their compensation system so that it works for all employees. This means developing policies and compensation strategies that reward people performing well in the same jobs with similar work experiences, skills and education equally.

Yet, implementing changes means choosing a structure that pays internal employees fairly and is competitive externally. Consider using a portion of the tax break to identify any anomalies in your compensation structure. Then, develop solutions to pay disparity that can be implemented in phases over a reasonable time-period, as budget allows.

2. Shareholder Return – Shareholders who have invested in your organization expect a fair return. You can pass along tax savings to shareholders with an increase in dividends. This can take the form of a one-time payment or an increase in the quarterly rate. Another option: share buybacks.

3. Business Expansion – Companies who want to expand geographically, diversify product offerings or tap into new customers may choose to invest their tax savings in a merger or acquisition. With M&As, compensation programs must also be merged. Make sure your compensation strategy includes these important elements:

Whether your business is small and closely held or ranks in the Fortune 500, the new tax law will have wide-ranging implications for your compensation plans in 2018 and beyond. Please contact me at (847) 921-2812 or nlappley@lappley.com if you would like to discuss further. Also, feel free to share this article with anyone who might be interested.